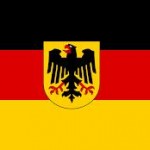 I have managed to slip onto the internet while Ghost is… Preoccupied. To be honest the fool is absorbed with a rope toy I gave him. Hopefully he manages to tie himself up with it. The food here is good. Dad is excellent. He lets me snuggle on the couch while he watches TV. I have been going through Ghost’s entries here. He sounds like a rabid head case. I cannot understand a dog who has little or no grammar skills. Absurd. And to think he is half German. The homeland would not be proud.

The fool as I call him, is always getting us in some sort of trouble. Dad has cameras in the loft and checks on us. Obviously these are in place due to Ghost. He thinks it’s fun to eat couches, Tylenol and anything else that will fit in his gaping maw. The fool even eats rabbit poop and hay! I personally prefer the excellent dog food dad gets us and the occasional treat.

While that moron is chasing his tail all day, I take in the ever changing sights outside our enormous bay windows. People walk by all day, sometimes with other canines in tow. It is quite amusing to make these midget Pomeranians jump out of their fur when I bark at them. Amusing indeed.

So as I was saying earlier… OMG Squirel outside.. OMG SHINEY THINGS MUST LICK THEM. LICK LICK LICK…